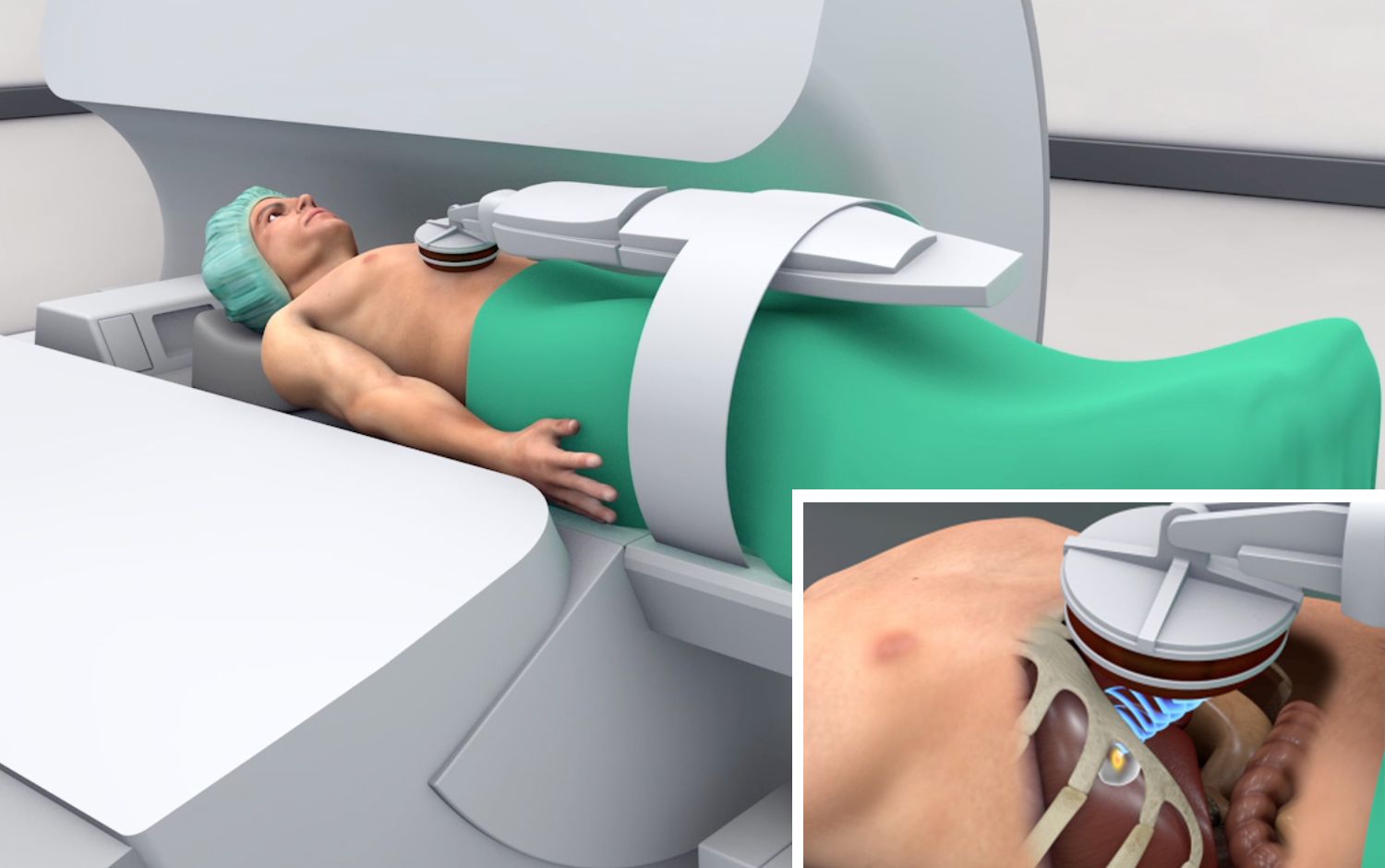 Researchers wish to treat tumors more effectively in the future by combining radiation therapy and focused ultrasound. The joint project SONO-RAY began on October 1st, 2016. The project is part of Leipzig University’s Innovation Center for Computer-Assisted Surgery (ICCAS) as well as OncoRay – National Center for Radiation Research in Oncology, located in Dresden. Approximately six million Euros have been granted by the German Federal Ministry of Education and Research to fund the project.

Radiation therapy is particularly effective if the tumor tissue is well-supplied with blood and oxygen. Tumors, however, are often poorly supplied with blood and may harbor large areas of radioresistant tumor tissue that lack oxygen. “We can selectively warm up these areas so that blood supply improves and the radiation therapy can work more effectively,” says Prof. Andreas Melzer, outlining one of the aims of the unique research project. Melzer is project leader of SONO-RAY and director of the ICCAS in Leipzig. “SONO-RAY links the knowledge of ultrasound treatment in Leipzig with the research of Dresden on radiation therapy. This means we can comprehensively study the innovative combined method and open up new opportunities in cancer therapies,” says radiation therapy expert Prof. Mechthild Krause, director of OncoRay and project leader of SONO-RAY for the Dresden team. In addition to radiosensitizing effects at relatively low temperatures, higher temperatures can even be used to kill tumor cells directly.

Proven treatments combined anew
The two procedures – radiation therapy and focused ultrasound – are already utilized separately in tumor treatment. Combining both forms of therapy is a novel approach that has yet to be fundamentally studied in depth. “Using focused ultrasound, we are capable of warming certain areas within the body. Radiation therapy is also a localized and very precise form of therapy,” explains Prof. Andreas Melzer. “By combining both treatment methods, we hope to destroy more tumor cells or to be able to achieve the same result with lower doses of radiation,” says Prof. Mechthild Krause, indicating the advantages of the new method.

Targeting heat more precisely
When heating certain areas of the body using standard methods, known as hyperthermia, the distribution of temperature in the treated anatomical region is often heterogeneous and not precisely defined,  so that the effects on tumors and healthy tissue are difficult to predict. Using focused ultrasound – a specialized form of hyperthermia – the sound is amplified to a certain degree and focused on a spot so that only the tissue in that area is heated. The temperature can thus be distributed so that healthy cells can still withstand the treatment while the actual tumor cells are damaged. The heat treatment can be precisely planned and monitored through magnetic resonance imaging (MRI) within the framework of the project.

Radiation and heat therapies are expected to mutually strengthen anticancer effects
In addition to surgery and systemic therapy, radiation therapy is one of the main pillars of cancer treatment today. It causes structural changes in the genetic material, whereby the tumor cells lose their ability to devide and eventually die. Radiation therapy enables localized treatment of tumors at any location in the body. It is possible to selectively treat tumors with high doses by using modern, image-guided precision radiation technologies, including particle therapy, for example with protons. At the same time, the surrounding healthy tissue is largely protected from permanent damage. The doses which can be applied without a too high risk of damage to normal tissues, however, are not always sufficient to destroy the tumor.

The SONO-RAY scientists in Dresden and Leipzig expect that, by combining heat and radiation treatment, the therapeutic effect of both procedures will be increased. They wish to first investigate the innovative combined therapy in the laboratory. The method is also to be tested clinically in approximately three years.

Both OncoRay as well as ICCAS are part of the "Centers for Innovation Competence" (ZIK), which are supported by the German Federal Ministry of Education and Research (BMBF) within the framework of the “Entrepreneurial Regions” initiative, which aims to advance cutting-edge research in the new East German states. Both centers comprise the SONO-RAY project and form one meta-ZIK. The ICCAS belongs to the Leipzig University’s Department of Medicine. OncoRay – National Center for Radiation Research in Oncology — is a collaboration of the Carl Gustav Carus University Hospital Dresden, the Faculty of Medicine at the Technische Universität Dresden and the Helmholtz-Zentrum Dresden-Rossendorf (HZDR). The SONO-RAY project duration is three years and approximately six million Euros have been granted by the German Federal Ministry of Education and Research to fund the project.